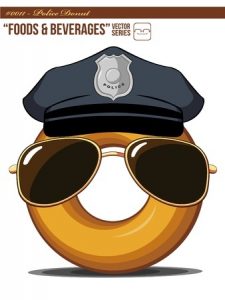 With all of the news stories about Ferguson and it’s aftermath, it’s obvious there’s a lot of ill will toward police officers right now. As a bondsman, I hear it all, and I understand how the actions of a over-zealous cop can cause hardship for people. I told of minor incident I had with, what I referred to as, officer prick. I have no problem with getting rid of and enforcing punishments on bad cops. If they’re not doing there to serve and protect, they shouldn’t be wearing a badge.

Having stated that, I do believe that bad cops are a small percentage. Policemen and women have a rough job to do, and most of their encounters with the public are handled professionally and with good intent. So, I thought to put up a post of good police videos, which show cops performing their duties admirably.

Toying with a Truck Driver

This video is of the conversation between an honest truck driver and an officer after the truck driver illegally passed on the right side of a vehicle. The truck driver apparently did it to avoid an accident, but was honest and ready to take the ticket. What I like about this video is it’s a perfect example of what the attitude of a police officer should be: server and protect. Even though the truck driver did technically break the law, it was clear he wasn’t really a law breaker. There would have been no benefit to the public to drop a fine on this guy. Kudos to the officer for doing the right thing in this situation, and with humor as well.

This is a video post from open-carry activists in Oregon. They’re legally carrying an AR-15 on their back. No laws are being broken. However, it does attract attention. The police apparently get numerous calls, so an officer is sent out to check them out. This video is of that back and forth. This officer calmly explained why he was there and why he wanted to check the gun and their IDs. And he did so without violating their rights. He even legotiated with them to let them see his AR-15. In the end, the officer was able to verify that these guys were of no danger without threat of force or a violation of their rights. Great job. As for the activists in this video, I think they meant well. As with many activists, they often come off looking over-zealous for their cause (which is due the the fact that they probably are). While I’m in complete support of open carry laws, many of the activists who push the envelop come out looking like jerks. These three guys in the video were at least reasonable enough to discuss and listen the officer.

Good Man Killed – Who Happened to be a Police Officer

This is a sad story of police officer Jeremy Henwood. This veteran had just returned from Afghanistan and had perform two tours in Iraq. He was senselessly gunned down while sitting in his squad car. Just prior to being killed, he bought a 13-year old boy lunch from a McDonald’s restaurant. He performed a simple, unselfish act of kindness, and the then shot. What a loss. Thoughts and prayers go out to the family and community which he served.