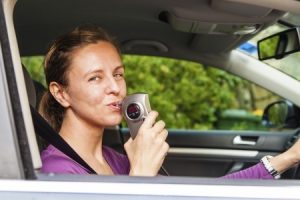 If someone is arrested on any type of charge involving alcohol, be it a DWI or drunk and disorderly, he or she will not be released until the alcohol is out of their system. They need to sober up first.

Many people have been frustrated with this rule. They can’t understand if there’s a family member at the jail to take them home, why not release them. There’s actually another reason. Whenever someone is arrested, they will have to sign a paper which states charges and the court date. The magistrate cannot have them sign that until they’re sober. Otherwise, they could later argue to the judge that they were drunk when they signed it and therefore couldn’t, or shouldn’t, be held accountable.

So, with that in mind, it might be handy to know how long it takes to dry out. But before getting in to the specifics of how long, it’s a good idea to understand some background information, namely, Blood Alcohol Content, or BAC.

Blood alcohol concentration, or BAC, is a measurement of how much alcohol is in the blood. It determines the effects alcohol has on a person. It’s measured as a weight, in grams, per 100 milliliters of blood. Blood, breath, or urine tests can determine the the BAC is the bloodstream. It’s usually shown as a decimal, such as 0.08 or 0.15. The legal limit for driving in Virginia is .08.

Effects of BAC on Behavior

It’s common knowledge that the risk of a driving accident increase when a person drinks alcohol. The more alcohol is consumed, the greater the risk. Statistically, for single-vehicle crashes, when driving with a BAC between .08 and .10, the risk is at least 11 times greater. The following table shows the behavioral effects of blood alcohol content.

How Long Does Alcohol Stay in Your System

Once alcohol is consumed and absorbed into the bloodstream, approximately 10% is expired through the breath, sweat and urine, while the rest of it is broken down through metabolism. Alcohol is metabolized at a rate of .016 of BAC every hour. This is true for everyone, regardless of height, weight, sex, race, etc. So, for someone with a BAC of .16, it will take 10 hours to dry out (.16 divided by .016). Other pertinent examples are:

Thanks for taking the time to read this article.

For an informative and thought-provoking article about Drug Driving, ADT Healthcare posted a Guide to Drug Driving, where they present many facts and legalities involved with driving under the influence of drugs other than alcohol. It is definitely worth the read.

If you, or someone you know, is in need of a bondsman in Richmond, Henrico, Chesnterfield, Hanover, Charlottesville, or anywhere else in Virginia, don’t hesitate to call us at 804-833-2785.