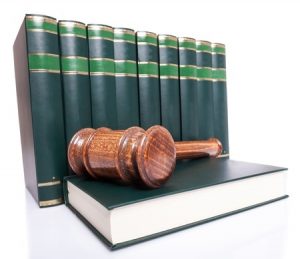 gives the Department of Criminal Justice Services “full regulatory authority and oversight of property and surety bail bondsmen”. All Virginia bail laws relating to bail bondsmen have been codified in §9.1-185 – §9.1-185.18.

The actual text of the requirements to become a bondman, and the code of conduct, are below. If you have any questions relating to becoming a bondsman or the conduct of a bondsman, don’t hesitate to call Aarrow Bail Bonds. We’re open 24/7 for your convenience.

Virginia code §9.1-185.2 gives the Department of Criminal Justice Services “full regulatory authority and oversight of property and surety bail bondsmen”. All Virginia bail laws relating to bail bondsmen have been codified in §9.1-185 – §9.1-185.18.

The actual text of the requirements to become a bondman, and the code of conduct, are below. If you have any questions relating to becoming a bondsman or the conduct of a bondsman, don’t hesitate to call Aarrow Bail Bonds. We’re open 24/7 for your convenience.

B. Prior to the issuance of any bail bondsman license, each bondsman applicant shall:

1. File with the Department an application for such license on the form and in the manner prescribed by the Board.

2. Pass the bail bondsman exam as prescribed by the Board pursuant to this article or have successfully completed a surety bail bondsman exam as required by the State Corporation Commission under former § 38.2-1865.7. Any applicant who improperly uses notes or other reference materials, or otherwise cheats on the exam, shall be ineligible to become a licensed bail bondsman.

4. Submit the appropriate nonrefundable application processing fee to the Department.

C. Additionally, prior to the issuance of a property bail bondsman license, each property bail bondsman applicant shall provide proof of collateral of $200,000 on his bonds and proof of collateral of $200,000 on the bonds of each of his agents. Any collateral that is not in the form of real estate, cash, or certificates of deposit issued by a FDIC-insured financial institution shall be specifically approved by the Department before it may be used as collateral.

1. If the property used as collateral is real estate, such real estate shall be located in the Commonwealth. In addition, the property bail bondsman applicant shall submit to the Department:

a. A true copy of the current real estate tax assessment thereof, certified by the appropriate assessing officer of the locality wherein such property is located or, at the option of the property bail bondsman, an appraisal of the fair market value of the real estate, which appraisal shall have been prepared by a licensed real estate appraiser, within one year of its submission.

c. An affidavit by the property bail bondsman applicant that states, to the best of such person’s knowledge, the amount of equity in the real estate, and the amounts due under any obligations secured by liens or similar encumbrances against the real estate, including any delinquent taxes, as of the date of the submission. At its discretion, the Department may require additional documentation to verify these amounts.

2. If the property used as collateral consists of cash or certificates of deposit, the property bail bondsman applicant shall submit to the Department verification of the amounts, and the names of the financial institution in which they are held.

3. Any property bail bondsman issued a certificate by a judge pursuant to former § 19.2-152.1, prior to July 1, 1989, who has continuously maintained his certification and who has never provided to a court collateral of $200,000 or more, shall continue to be exempt from the $200,000 collateral requirements specified above. Those property bail bondsmen who are exempted from this provision shall satisfy all of the other requirements in this article for bail bondsmen, and shall provide to the Department the collateral amount to which they may bond and provide proof of his prior certification by obtaining a certified copy of: (i) the certificate issued pursuant to former § 19.2-152.1 and (ii) the documents held by the originating court that stated the collateral amount for which they were able to bond.

1. Submit proof of current licensing as a property and casualty insurance agent validated by the State Corporation Commission.

3. All surety bail bondsman licenses in effect with the State Corporation Commission shall become void after June 30, 2005. Applicants for licensure for bail bondsmen may submit an application to the Department on or after May 1, 2005.

§ 9.1-185.8. Professional conduct standards; grounds for disciplinary actions.
A. Any violations of the restrictions or standards under this statute shall be grounds for placing on probation, refusal to issue or renew, sanctioning, suspension or revocation of the bail bondsman’s license. A licensed bail bondsman is responsible for ensuring that his employees, partners and individuals contracted to perform services for or on behalf of the bonding business comply with all of these provisions, and do not violate any of the restrictions that apply to bail bondsmen. Violations by a bondsman’s employee, partner, or agent may be grounds for disciplinary action against the bondsman, including probation, suspension or revocation of license.

1. Knowingly commit, or be a party to, any material fraud, misrepresentation, concealment, conspiracy, collusion, forgery, scheme or device whereby any other person lawfully relies upon the word, representation, or conduct of the bail bondsman.

2. Solicit sexual favors or extort additional consideration as a condition of obtaining, maintaining, or exonerating bail bond, regardless of the identity of the person who performs the favors.

4. Coerce, suggest, aid and abet, offer promise of favor, or threaten any person on whose bond he is surety or offers to become surety, to induce that person to commit any crime.

5. Give or receive, directly or indirectly, any gift of any kind to any nonelected public official or any employee of a governmental agency involved with the administration of justice, including but not limited to law-enforcement personnel, magistrates, judges, and jail employees, as well as attorneys. De minimis gifts, not to exceed $50 per year per recipient, are acceptable, provided the purpose of the gift is not to directly solicit business, or would otherwise be a violation of Board regulations or the laws of the Commonwealth.

6. Fail to comply with any of the statutory or regulatory requirements governing licensed bail bondsmen.

7. Fail to cooperate with any investigation by the Department.

8. Fail to comply with any subpoena issued by the Department.

9. Provide materially incorrect, misleading, incomplete or untrue information in a license application, renewal application, or any other document filed with the Department.

10. Provide bail for any person if he is also an attorney representing that person.

11. Provide bail for any person if the bondsman was initially involved in the arrest of that person.

C. A licensed bail bondsman shall ensure that each recognizance on all bonds for which he signs shall contain the name and contact information for both the surety agent and the registered agent of the issuing company.

E. A property bail bondsman shall not enter into any bond if the aggregate of the penalty of such bond and all other bonds, on which he has not been released from liability, is in excess of four times the true market value of the equity in his real estate, cash or certificates of deposit issued by a federally insured institution, or any combination thereof.

F. A property bail bondsman or his agent shall not refuse to cover any forfeiture of bond against him or refuse to pay such forfeiture after notice and final order of the court.

G. A surety bail bondsman shall not write bail bonds on any qualifying power of attorney for which a copy has not been filed with the Department.

H. A surety bail bondsman shall not violate any of the statutes or regulations that govern insurance agents.

For the purposes of this subsection, “bail bond premium” means the amount of money paid to a licensed bail bondsman for the execution of a bail bond.

J. A licensed bail bondsman who has been arrested for a felony offense shall not issue any new bonds pending the outcome of the investigation by the Department.