What is a High Risk Bail Bond

There is always some amount of risk associated with a bail bond. The risk tolerance for each bail bonding company varies, and most all bail bonding companies will write low and medium risk bonds. This article is devoted to how Arrow Bail Bonds handles high risk bail bonds. 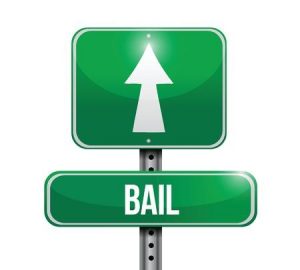 This article assumes the reader understands how the process for bail bonds in Virginia. If you’re unfamiliar with this, please review the How Bail Bonds Work in Virginia.

Aarrow does write high risk bail bonds under certain circumstances. An example of a high risk bond would be one where both the incarcerated person (bondee) and the cosigner does not live in Virginia. With neither the bondee nor cosigner having ties to the locality, there is a much higher probability they might decide to not come back to fulfill the court appearances.

What are the Conditions for Writing a High Risk Bail Bond

The best way to explain this is to illustrate the scenarios between a typical bond and a high risk bond.

Suppose a guy named Bob is incarcerated in the Henrico, VA jail with a $5000.00 bond. Bob’s brother, Emmet, wants to get Bob out of jail.

For for a typical bond, assume both Bob and Emmet grew up and live in the Greater Richmond area. Also assume Bob is married and has two young children. Given that, Emmet would pay a bondsman $500.00 premium, which is 10% of the bond, and sign paperwork stating he is financially responsible for the bond. If Bob decides to flee and not return to court, Emmet would be responsible for the full $5000.00. In that case, Emmet would need to pay the bondsman $5000.00 since it’s to be paid to the court.

For a high risk bond, Emmet would pay the bondsman two payments prior to bonding out brother Bob. The first payment is the ten percent bond premium. Following this illustration, it would be $500.00. In addition, he would also make the surety payment to the bondsman, which would be $5000.00. Actually, Emmet would have to pay a bit more than $5000, which will be explained later.

In return, the bondsman will write Emmet a promissory note stating the received $5000.00 is being held as surety for Bob’s bond, and will be returned to Emmet once Bob’s case is closed. However, if Bob does flee and never returns to court, then the bondsman gives the $5000.00 to the court and Emmet loses his $5000.00.

Why Would It Cost More than the Full Bond

As mentioned previously, the surety payment will usually be more than the full amount. The added cost would be needed to cover any fees associated with the surety payment. For example, when a payment is made with a debit card, there is a 3.2% fee for that payment.

Note that Aarrow Bail Bonds does not charge credit card fees for the 10% premium. However, Aarrow does charge these fees for surety payments simply because the 3%-6% of the entire bond removes most of the profit received from servicing the bond. Also note that a business is charged typically charged 2-3% for receiving a debit/credit card payment, and it’s also charged another 2-3% when crediting that payment back to the card.

The table below lists payment methods and associated fees. Note these are for surety payment only, not 10% premium payment since.

If you have any questions about this, don’t hesitate to call Aarrow.