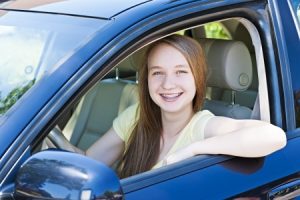 Most of my clients are not what I would consider criminals. They’re mostly people who made a thoughtless or careless decision at the wrong time and place. Also, for many of the minor crimes and infractions committed, the offender may not have even known it was against the law. This page is for the latter reason and pertains to the code for Virginia teen driving restrictions.

While these offenses aren’t serious in nature, knowing these rules and adhering to them will help keep your son or daughter out of trouble as they’re getting started in life. There’s no reason to have your teen start getting traffic offenses to clutter up their driving record. The court costs and fines can be expensive. However, insurance rates are inherently high for teen drivers, but getting driving related infractions will quickly make that rate skyrocket.

If you have a teenage driver, it’s important to understand the Viginia driving and traffic laws, and is summarized below.

There are curfew driving restrictions for Virginia teenagers under the age of 18. The law prohibits driving between midnight and 4 a.m. with exceptions. The exceptions are (1) driving to or from an place of employment; (2) driving to or from an adult-supervised activity and is sponsored by either a school or a civic, religious, or public organization; (3) driving with a licensed spouse age 18 or older, a parent, or adult as an acting parent who is occupying the front passenger seat; and finally, (4) teens under the age of 18 can drive during curfew hours in case of an emergency, including responding to emergency calls as a volunteer firefighter or rescue squad personnel.

Parents take note that if you’re in the car with your teenage son or daughter, you MUST be in the front passenger seat to be legal.

Teens under the age 18 can carry only 1 passenger under the age of 21, unless accompanied by a licensed parent or another adult, acting in place of a parent, who is seated in the front passenger seat.

But after a license has been held for 1 year, up to 3 passengers under the age of 21 can be in the car when: (1) going to and from a school-sponsored activity, (2) a licensed driver 21 or over is in the front passenger seat, or (3) in case of an emergency.

For anyone driving with a learner’s permit, no more than one passenger under the age 18 can be riding in the vehicle.

If any of these restrictions are violated, the driver’s license may be suspended.

Author’s Note: Is it me or is does the phrase ‘acting as a parent’ in these restrictions seem a bit frivolous? So let’s play this out. Suppose I’m riding in the passenger seat and my teenage son’s friend, Edwin, is driving his car. My son and another teenager is in the back seat. We get pulled over because the brake-light is bad. The officer checks Edwin’s driver’s license, and mine as well.

So, I’m an adult in the passenger seat. Everything seems legal. Is the officer going to ask me if I’m acting as a parent? Do I have to prove that? How’s this: “Yes officer, before we left I asked him if he had cleaned his room?”. Or “Yes officer, I was acting as a parent. I told him he should try to be more like is older brother.”.

If you require a bondsman, don’t hesitate to call Aarrow Bail Bonds at 804-833-2785. We proudly serve bonds in Richmond, Henrico, Chesterfield, Hanover, and all over Virginia.