The bail bond system in the United States’ was patterned from England’s system, which developed through the Middle Ages. This article explores the history of bail bonds from it’s beginnings in England to the present day in America.

History of Bail Bonds in England

In medieval England, when crimes were committed, they were considered to be private matters between the perpetrator(s) and victim(s). The legal system came about primarily to adjudicate with remuneration, or monetary payment for the crimes committed, from the guilty party to the wronged party. It was largely created as an alternative to private vendettas. So early Anglo-Saxon law developed a system where payments were made as a just compensation for grievances.

Aside from cases where the accused was considered a danger or one to escape, the Anglo-Saxons developed a way to handle the issue of the accused fleeing and not recompensing the victim (as well as a little something for the king). That is, once a surety could be established for the person arrested, the arrestee would be set free to later appear in court. Of course, the surety was responsible and bound that the arrestee would show up when required. 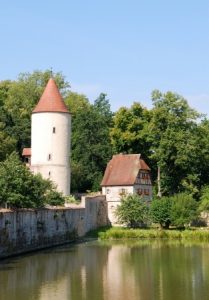 In England during the medieval period, magistrates would ride to different counties to process cases. It was the job of the sheriffs, referred to as ‘reeves’, to hold the accused until the magistrates arrived. The sheriffs had broad authority, and every county had their own way of doing things. Abuse and corruption by the sheriffs grew, and bail law progressed in the twelfth and thirteenth centuries to have a central royal authority over the sheriffs.

Then in the year 1275, parliament codified 51 laws in passing the first Statute of Westminster. Among other items was the prisoners and bail act, which established guidelines for which defendants would be allowed to have bail and which were not. (This was referred to as mainpernable.) It also codified penalties for unlawful bail.

As time went on, more bail laws were established, mostly in response to abuses of the law. For instance, in 1628 parliament passed the “Petition of Rights” which was issued after King Charles I had five knights jailed with no charge. This law was to remind the King that Englishmen’s rights came from the law, not the king. Included in the “Petition of Rights” was the principles of due process, unjust imprisonment or seizure of property, trial by jury, and protections against excessive fines and punishments. The Habeas Corpus Act of 1679 was passed to strengthen/define the habeas corpus acts. This required courts and judges to have the accused brought before them to determine if the charge is lawful. Then the English Bill of Rights of 1689 was passed which placed limits on the government. It was essentially a precursor to the U.S. Constitution. Among addressing rights such as free speech, petitioning the government without retribution, and free and fair elections, it also addressed and set laws against excessive bail, fines, cruel punishment.

History of Bail Bonds in America 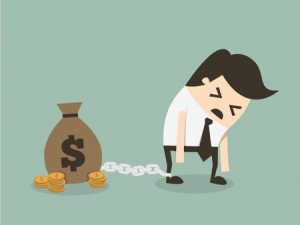 In short, bail law in the early colonial America was identical to English law. However, life and circumstances in the new world were different than in England. For example, the colonies had different crime rates than England. So America was developing it’s own customs and attitudes regarding criminal justice, which were more liberal regarding the penalties for crimes.

Then in 1641, Massachusetts passed what’s considered to be the first legal code in the colonies, the Body of Liberties. It included 100 liberties/rights to be used as a guide for the General Court. Among them were the right to bail for all non-capital cases and a right to a jury trial.

In 1682, the Province Pennsylvania created the Frame of Government; their constitution which established their governance of their Province.

This constitution created an even more lenient provision regarding bail with article XI under the “Laws Agreed Upon in England, &c.” section. It states

That all prisoners shall be bailable by sufficient sureties, unless for capital offences, where the proof is evident, or the presumption great.

The significance of this was the consideration of evidence for capital cases, where “proof is evident, or the presumption great”. This provision broadened the right to bail far beyond any previous existing law in the colonies or England. This provision was soon adopted in most every colony.

In 1791, Congress ratified the Bill of Rights, which were the first ten amendments to the constitution. The eight amendment reads

Excessive bail shall not be required, nor excessive fines imposed, nor cruel and unusual punishments inflicted.

This established the right of the accused having the opportunity for pre-trial release on the federal level.

The old proverb “Necessity is the mother of invention” applies to what we know as the bail bonding industry. While most states and territories had bail laws in place to allow for a defendant’s pretrial release, many of the accused were not able to be released due to arbitrary bond amounts and defendants who were unable to pay the bail.

So who were the first commercial bailbondsmen, and how did it get started? The general consensus is that the first bondmen were brothers Peter and Thomas McDonough, who started their bail bonding businiss in San Francisco in 1898. Their father had opened a bar, which was in close proximity to the Hall of Justice on Montgomery. Lawyers would frequent the bar and the brothers, who at the time worked as bartenders, would put up the bail money as a favor to the lawyers. They then figured out that it would be more lucrative to deal directly with the accused and charge a fee for their service. If proved to be very successful. Also of note, it’s no secret that the bail bonding industry has a reputation of being somewhat seedy and corrupt. This likely also started with the McDonough brothers. Within a short time, the McDonough’s built a network between them, the police, and the judges. Everyone was on the take. When someone was arrested, they’d have a an OR (order of release) to be signed by a judge within minutes and the person was set free.

An attitudinal trend developed with the dissatisfaction of commercial bail bondsmen (1) having too much influence over how long the accused is to sit in jail awaiting trial, and (2) profiting from others bad fortunes. The State of Illinois passed the Code of Criminal Procedure of 1963, known as the “Ten Percent Deposit Plan”. This abolished commercial bail bonding and bounty hunting. Officially, it was passed to “limit private bail companies from exerting undue influence upon the release of offenders who could present a risk to public safety”. Under this law, the 10 percent bonding fee was paid directly to the court. This fee was then later refunded to the to defendant, less a service fee, after the completion of the case.

Something to note here is that in 1985, Richard Daley, the attorney general at that time in Cook County, proposed major changes to the law. The bail system came under scrutiny as becoming
inefficient, detrimental to the rights of defendants and a risk to the public welfare. 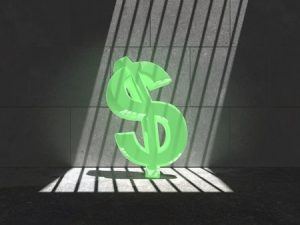 What is now known as pretrial services started in New York in the early 1960s by the Vera Institute of Justice, which was created as response to the injustice of the legal system for lower income people. The first pretrial services program, the Manhatten Bail Project, found (1) many defendants remain in jail because they couldn’t afford the bond, and (2) local people with strong ties were unlikely to skip bond.

Then 1963, then Attorney General Robert Kennedy formed a committee which issued a report focused on bail and detainment for the poor. In 1968, Washington D.C. created that first pretrial services program. In went beyond collecting and verifying defendant information and producing reports and recommendations to supervising the defendants.

With D.C. pioneering the way, pretrial release programs have assumed a larger role in jurisdictions, evolving into comprehensive programs charged with monitoring the entire system of release. Pretrial services programs are the first criminal justice system players to assess and identify the needs of a defendant. They are also the gatekeepers for alternative placements. Pretrial programs gather and verify information about the accused (criminal history, status in criminal justice system, address, employment and drug or alcohol use), Pretrial programs also assess defendants’ likelihood for failure to appear at court proceedings or re-arrest while on release. Pretrial services programs present the judge with this information, allowing him or her to use it in determining appropriate pretrial release/detention and conditions. Once the judge reaches his decision, the pretrial programs then function as the supervisors of the defendants on release and notify the courts upon any violation of release conditions.

States throughout the country soon followed and implemented various forms of pretrial services.

More recently, jail overcrowding has become a nationwide concern. Various government reports have documented this, such as the Bureau of Justice Statistics on Pretrail Release of Felony Defendants, which reported that 32% of felony defendants were detained until trial due to the inability to pay the bail amount. This development lends to more jurisdictions adopting for non-financial pretrial release of the accused. These policies can range from issueing non-secured bonds (defendant can be immediately released and would only have to pay the bond upon a failure to appear or some other breach of bond condition) to complete elimination of bail for non-violent offenders.

A case in point of this would be the controversial implementation of the new Richmond, Virginia City Jail, which was is set to open in 2014. This plan was scrutinized because the new jail would house fewer inmates than the old jail. Then the city Prosecutor requested the magistrates and judges, due to overcrowding, should eliminate bail for all non-violent offenders. One doesn’t have to be very cynical to surmise that there may have been a pro-pretrial services, anti-commercial bondsman agenda at play.

Studies have be issued by both sides stating their case. In 2009, the Allegheny Casualty, International Fidelity, and Associated Bond Company (“AIA”), issued a booklet titled, “Taxpayer
Funded Pretrial Release, A Failed System”. This presented the stark differences between government and private sector bail bonding. Their stance that taxpayer funded bail bonding alternatives are inefficient and a waste of government resources was supported with numerous studies from the U.S. Department of Justice, the American Legislative Exchange Council, and the Journal of Law and Economics.

The fight between pretrial services and the commercial bail bonding industry will continue throughout the halls of state and local government offices. The fact remains that the bail bonding industry remains a vital component of our criminal justice system. It’s unlikely it would, or should, be eliminated since it is so effective.

Thank you for visiting our website; we hope it’s been interesting and informative. If you have any questions, please call us at 804-833-2785.