The city Prosecutor has drafted an outline to eliminate bail for non violent offenders. This soon-to-be Richmond policy will have a negative effect on bail bond industry in Richmond, Virginia. And the negative effect will not be just on the bail bondmen, but on the entire community as a whole.

Alarmingly, the current Richmond City jail population is larger, by approximately 300 to 400 inmates, than the maximum inmate population for the new $134 million dollar jail. So Commonwealth Attorney Michael Herring has a ‘plan’ to reduce the jail population by having prosecutors request no bond for non-violent offenders with bonds less than $10,000.

These types of alternatives to eliminate bail in Richmond for some defendants have never worked and always result in a negative impact on the community, and there are numerous factors to explain why. One simply needs to look to Oregon or Kentucky to see the burden placed upon the taxpayers for people who skip bail.

Note: For all the explanations which follow, it’s assumed the arrest is for a non-violent offense and that the defendant has less than a $10,000 bond. 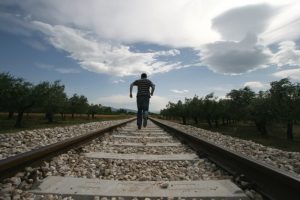 When someone is arrested in Richmond and they’re given a bond amount, they must go through the process of hiring a Richmond bail bonds agent. By doing so, the bail bonds company is then responsible to the city if the defendant fails to appear in court.

As well, if the defendant cannot be found in a timely manner, the bail bonds company in Richmond will then have to pay the full amount of the bond.

This leads to the second point, which are that bail bonds companies all have it in their best interest to have the defendant show up to court. The financial burden to the community is therefore eliminated.

If you thought these costs were primarily on the bondsman, they are to a degree. What happens after the bondsman pays for the city for the bond is that the bondsman then goes after the cosignor for the bond. Meaning, the cosignor has contractually agreed to pay the Richmond bail bonds company full face of the bond plus any expenses incurred to either find the defendant or court costs and fees. This can be a large financial burden to some families. The idea though, is that the taxpayers in general are not liable for paying the resources to find a defendant on the run.

This adds to the incentive to not get in trouble again. Most of the time, a family member, or members, are called on to pay the bond premium. If you eliminate bail for these defendants, the burden to track them down and bring them back to court to face charges rests on the taxpayer now.

But more important than that, there’s always a cosigner on the hook for the full amount of the Richmond bail bond. So when the defendant knows that their family member, or loved one, is at risk, that’s another incentive (not to mention the repercussions they’ll face with the family member).

The bondsman also has an increased vested interest in the defendant. Failure To Appears (FTAs) mean more resources and costs to the bondsman. As stated before, all those involved as the cosigners are financially responsible for the bond and naturally want to avoid the incurred debt when the defendant has a FTA.

So to remove the financial burden from the bonding companies and eliminate bail in Richmond; the community as a whole would be like having the people who don’t use toll roads help pay for those that do.

Lastly, with more defendant FTAs, police resources are burdened further because they’re have to spend more time issuing warrants. This has a snowball effect by in terms of costs and resources. More warrants and more crimes committed mean more court cases to bog down the courts as well.

Once the new jail facility is open, Richmond Detention Jail will cease to exist and be combined with the new City Jail. Thereby leaving another facility dormant and the burden placed yet again on taxpayers for it’s upkeep and storage.

Secondly, the natural reaction to reading this is to ask yourself “Who was the genius who made the decision to build a smaller jail in the first place?”. After all, that’s what caused this entire issue of proposing to eliminate bail because the already overcrowding Richmond jail population is worsened due to a smaller, more expensive facility.

To quote the article in the Times Dispatch about the building of a new Richmond jail to eliminate bail:

Richmond officials have vowed to drastically reduce Richmond’s prisoner population to levels not seen in at least five years so the new jail is not immediately overcrowded when it opens.

City officials have acknowledged they have lagged in their efforts to lower the number of prisoners, even though they approved the size of the new jail knowing they would need to develop programs to divert more offenders.

So, the bottom line is that politicians and bureaucrats created this problem and it appears the taxpayers will have to pay. Rather than looking at this honestly and dealing with the real issues of crime, they likely made a convenient decision and ‘vow’ to do something vague and meaningless.

What are your thoughts about the cost to taxpayers when they eliminate bail?