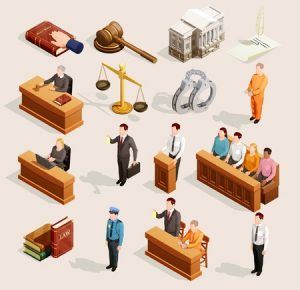 Theo Stamos, Commonwealth’s Attorney for Arlington County, deserves a big thank you for saying no to the lawmakers who asked her to stop recommending secured bail for defendants awaiting trial.

It’s refreshing to see a lawyer of stature display principle and rectitude by simply sticking up for the rule of law, as well as apply common sense to a political issue.

The story appeared in the June 25th, 2018 Arlington Now article by Alex Koma. Last June, a group of state lawmakers sent a letter to Arlington’s top prosecutor urging her to stop recommending cash bail for all future defendants.

Her responses were priceless, making the lawmakers’ letter, which was full of the same tired and false anti-cash bail arguments, appear juvenile and thoughtless.

Change the Law / The Rule of Law

Characterizing their letter as “silly” and “misguided”, Stamos reminded the lawmakers it’s within their legal scope to change the law themselves.

“I think the letter is misguided on a number of levels,” Stamos told ARLnow. “If these members of the General Assembly have a problem with cash bail, they should change the law. It’s perfectly within their power to do so.”1

Stamos then contended the position she holds has limits and responsibilities which she’s obligated to follow.

“Stamos says prosecutors in her office regularly recommend releasing people on “personal recognizance bonds,” . . . However, Stamos feels bound by state law, which obligates prosecutors to evaluate if someone charged with a crime “is a flight risk or a threat to the community” when assigning a cash bond.”2

Stamos is apparently a welcome stalwart to suggest it’s the job of elected legislators to write laws, and government officials should follow to these laws rather than sidestep them.

This untainted approach is in sharp contrast to the trendy behavior of many pro-bail-reform officials. Recent examples of this pretentious overreach in Virginia include Fairfax County Circuit Judge David Bernhard refusing to issue cash bail bonds, and Richmond Commonwealth’s Attorney Michael Herring setting forth a policy for his prosecutors to stop recommending cash bail for defendants awaiting trial.

Stamos gave the pro-bail-reform lawmakers a simple and reasoned argument for declining their request.

“I understand the considerations around cash bail, but the countervailing considerations are: who is being held and why are they being held?” Stamos said. “Do they have a prior criminal history? Are they a flight risk? Many of our defendants are from D.C. or Maryland, and we don’t have the resources to be extraditing everyone.”

Stamos agrees that there could be “some adjustments we can make” to the process, but she also urged the lawmakers to consider the impact of a policy change for everyone involved in each court proceeding.

“There is a cost as well for witnesses or victims of crime who come to court and the defendant doesn’t show up,” Stamos said.3

As a Virginia bail bondsman, I was obviously pleased with Ms. Stamos’ response. While at first glance it appeared she stuck up for secured bail, she really didn’t. She simply did her job by adhering to the rule of law and suggested to the lawmakers they do the same. She also addressed their specific issue with a sensible, alternative point of view for their consideration.

Hypothetically, had a group of lawmakers made a request to stop recommending pretrial services rather than cash bail, she could have given the same response and would have been on same, solid ground.