Update: Fugitive Brandon Smith turned up in the Riverside Regional Jail in August of 2017. As of this writing, he has been transferred to the Richmond City Justice Center where he awaits trial. 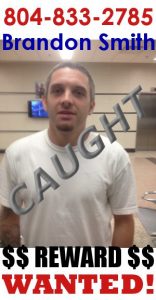 Brandon Matthew Smith is now a fugitive from justice after skipping court in the Richmond/Manchester General District Court in Richmond, Virgina. He has three felony charges, all of which are for forgery and other manners of theft. He is fully extraditable. Since these are felony charges and he’s in the NCIC system, he’s not very smart and is known to be extremely thoughtless and selfish. Once again, we see another adult male (not a man) hiding behind his woman’s skirt. Men simply don’t do that.

Smith has several tattoos on his lower right arm. His date of birth is 01-28-1988 and often cohabitates with Meagan Bailey of North Fort Myers, Florida. Her picture is below. 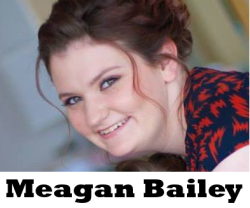 If you have any infomation, please call Aarrow Bail Bonds at 804-833-2785. If your information leads to a him being caught, a cash reward will be paid.