The Richmond City Jail is Open for Business

The Richmond City Jail is open. After many delays, the new jail opened on July 28th. All of the inmates were moved from the old jail to the new. The jail, named the Richmond City Justice Center, is located directly behind the old jail. The six-story structure is built to house 880 to 1000 inmates. Probably the most welcome improvement over the old is that it has air conditioning. While the old jail held between 1300 and 1500 inmates, it had long-reported maintenance issues.

The new jail’s most controversial issue had planned for a considerable reduction of inmates to be housed. As was reported in a previous post, the Commonwealth’s attorneys would be pushing to have judges and magistrates to accommodate the new jail. However, many thought that is was a clear case of the tail wagging the dog. Rather than building a jail to address Richmond’s criminal housing needs, as well as the safety of Richmond and the surrounding counties, it built the jail which seemed to tailor the Commonwealth’s attorney’s policies to fit the jail.

According to an article in the Richmond Times Dispatch dated July 29, 2014, that appears to be the case. It states

Mayor Dwight C. Jones said various city departments, including the office of Commonwealth’s Attorney Michael N. Herring, had worked hard to ensure that the new jail not be overwhelmed by large numbers of inmates who might otherwise qualify for alternatives to incarceration.

In recent months, Herring’s prosecutors took the lead with several measures that helped reduce the number of inmates at the Richmond City Jail, including steering certain non-violent offenders to a newly established Day Reporting Center for counseling and job services, trying to help people in need of mental-health services find alternatives to incarceration, trying to determine who might be good candidates to home electronic monitoring and making bond easier to obtain for certain non-violent defendants.

The article went on to state that the daily inmate count at the jail dropped by approximately 400, with the sheriff and mayor hoping the number would drop even more. If the 400 or more fewer inmates are worthy bypassing jail, then that’s a good thing. However, if the community suffers from increased crime, or if there’s an increase in the fugitives, then it’s not a good thing. Hopefully, the city administrators knows what they’re doing and are acting with the best of intentions for citizens of the community. ( OK, just trying to give some benefit of doubt here, so don’t laugh. ) 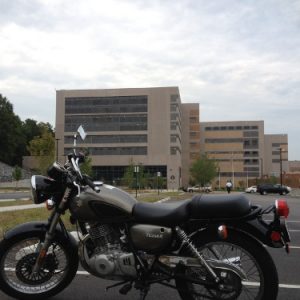 Also, as can be seen from these pictures, crews will continue to work towards the abatement and demolition of the old jail, as well various other tasks.

It should also be noted that the Richmond City Detention (Lockup) Facility, located at 901 N 9th St, is still open, but not for long. It will soon close as it’s also to be enveloped in to the Richmond City Justice Center.