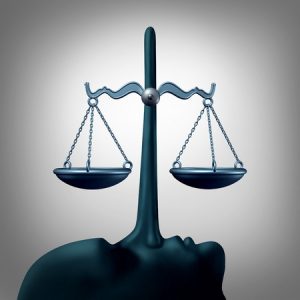 Last April, the Vera Institute of Justice came out with a brief titled, “Justice Denied: The Harmful and Lasting Effects of Pretrial Detention”. It’s an indictment against pretrial detention and private bail. After noticing this report and briefly scanning it, it was apparent it was another propaganda piece from the criminal justice pro-reform advocates. I decided to write a response to it; albeit a bit late.

My response is Justice Denied: The Harmful and Lasting Effects of Pretrial Detention – The Answer. It follows their format and sections and simply points out where and why they’re wrong and disingenuous.

Few people actually read these reports. Even fewer are interested enough to verify their sources. Unfortunately, the journalists who cover these policy briefs (i.e. P.R. Lockhart / Vox.com) are apparently among those who don’t even read them, at least with critical eye.

These policy briefs are simply put out to get headlines and advance an agenda knowing they won’t be called out on the fabrications inside the report.

Vera’s Justice Denied report is a stream of untruths and non sequiturs.

My Answer Report details and explains them, essentially calling them out. For example, the very first statement in their report seems to be a deliberate misquote from the Bureau of Justice Statistics’ report. They state that two-thirds of the 740,000 people incarcerated in local jails are defendants waiting to be tried. The BJS did estimate the total jail population in 2016 as 740,000; however, it did not delineate how between defendants and those serving their sentences.

Further, they then doubled down on the two-thirds claim by sourcing their own report, titled “Out of Sight: The Growth of Jails in Rural America”, except the claim in that report is not sourced. They simply made the claim with no data or evidence to back it up, then used it later as a source.

In another instance, they took sophism to the extreme by attempting to correlate pretrial detention to conviction rates. They hypothesized that the longer defendants were held in pretrial jail, the more likely they would get convicted. The exact quote is “researchers hypothesize that at least part of the effect of pretrial detention on conviction is due to a greater likelihood that those who are detained will plead guilty”.

The operative phrase in the quote is “at least part”. There was no attempt to consider any other part that would contribute to conviction rates. The most obvious example is the attorneys representing them. Another would be the flaws in the court-appointed system. There was also no curiosity as to why certain defendants were held in pretrial jail.