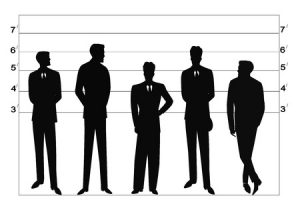 I came across an article in the Richmond Times-Dispatch (dated 10-22-2014) about the shortcomings of the police lineup policies for eyewitness identification. The article, posted Oct 21, 2014, is from the Associated Press. This is one of those topics that, unless you work in this field or have been directly effected by either being placed in a lineup or knowing someone who has, most people never think about. At least I never did. But being a bail bondsman, I’m naturally curious towards criminal justice topics.

The point of the article is that the Virginia State Crime Commission is endorsing a “model policy” which is believed to improve police lineup procedures. This legislation will be addressed by the General Assembly in January. While the state panel believes Virginia has improved in this aspect, it believes “more should be done” to avoid false eyewitness identifications in police lineups.

I’m going to digress for a bit to admit that I’m a little cynical about this “model policy”. When government panels state that “more should be done”, that’s a red flag to me. What it often means is “we’re going to impose our solution because we know better”. And what typically occurs is those newly adopted policies end up creating more problems and making things worse.

Getting back to the article, quoting it:

Police lineups are under scrutiny because 13 of the 16 people wrongly convicted in Virginia and later exonerated by DNA evidence originally were misidentified by eyewitnesses.

It then gives support for this policy from a man named Thomas Haynesworth. Mr. Haynesworth spent 27 years in prison for sexual assaults because he was falsely identified in a lineup. In 1984, a woman misidentified him as the one who had committed multiple violent rapes. He was convicted and sentenced to 84 years. Then in 2009, DNA testing was performed and exonerated Haynesworth and implicated his neighbor.

Oh boy! Must digress again. There are a couple things here which deserve some scrutiny. First, regarding the “13 of 16 people wrongly convicted in Virginia”, there is no context in terms of time. Is it 13 of 16 in all of Virginia’s history? The last 50 years? Was the Hayneworth case one of those? And when did the last instance of this occur? If it hasn’t happened within 5 or 10 years, maybe it’s not an issue anymore. Also, with DNA testing, how big of a problem is this really?

Anyhow, back to the article. In a nutshell, in 2011, the Department of Criminal Justice Services put forth a model policy to be voluntarily adopted by local law enforcement agencies in Virginia. According to a recent study by the Crime Commisiton, 46 percent of the 135 agencies have adopted the “best practices” model policy.

A main component of the model policy is to adopt something called ‘blind’ lineups. This is where the officer in charge of the lineup doesn’t know who the real suspect is in the lineup. For smaller departments, this can be a challenge.

It then gets the an alternative point of view from Dana Schrad, the executive director of the Virginia Association of Chiefs of Police, who cautioned against a one size fits all approach. She stated that

Appartantly, the commission did agree to exempt sheriffs’ departments which don’t conduct criminal investigations, but only serve papers and provide courtroom security.

The article then concluded with the pro-adoption advocate’s statements and noted the General Assembly will take it up in January.

I have a couple of issues with this. First, I don’t see anything in this article which puts forth evidence showing that adopting the blind line-up will reduce the number of wrongly convicted suspects. To quote from the article,

Armbrust said the scientific report lends credence to what lineup reform advocates have been saying all along.

What scientific report and where’s the “science” in the report? When I see and hear statements claiming “it’s backed by science or scientific methods” while not providing any facts or evidence, I’m thinking snake oil.

Second, the article doesn’t clearly give evidence that this is still a problem. The issue seems to be that the local agencies aren’t following what DCJS recommend they do, so they’re going to force them to do it.

And finally, AP writers really suck. Is there no intellectual curiosity among news writers? Namely, regarding the topic of changing lineup procedures to reduce the number of wrongful conviction, there is not one fact or substantive piece of information in the article which addresses that. It’s just all opinions.

Unless there is real evidence presented that clearly shows forcing local law enforcement agencies to adopt the DCJS model policy would impact and reduce the number of wrongful convictions, the politicians in the General Assembly should vote no this. It would simple burden the local police and sheriff departments with more regulation.