Technology continues to change and shape our lives. Technology is like fire, it can be good or it can be bad. A topic that fits this model is the public use of cameras by state and local authorities. It sometimes feels we’re under constant surveillance by authorities; Orwell’s 1984 is here. However, it can’t be overlooked that there are some benefits. This post details what I believe are two of the positive impacts of technology and how they improve the local police departments and ultimately the citizenry. These are the in-car cameras, or dash-cams, and body cameras for police. 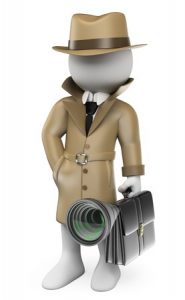 We’ve all seen the police videos taken from police dash cams. They’ve been around for a while. The dash cams for police has been shown to have benefited both the police and communities. The September 2014 issue of Police Chief Magazine published an article of a national study to measure the value and impact of police in-car cameras. Among the evaluated criteria of the study were:

The study showed it had a significant positive is all areas.

A significant majority of officers reported they use the tapes as a tool for self-critique and improvement. They also reported that when it was communicated to the citizen that a camera was recording the events, it would usually deescalate confrontational situations.

When officers were interviewed, troopers stated that when someone knows they’re being recorded, they’ll perform to the best of their ability. Also, realizing that the videos of them was be reviewed by their superiors for their evaluations, they would strive to perform more professionally.

These videos were also used by officers to writing reports to obtain statements and actions for the report.

The study held open meetings with citizens in each of the visited states. It concluded that most of the citizens surveyed approved of the use of in-car cameras for police.

The in-car camera can serve as a training tool is several ways. As mentioned previously, it’s an effective self-evaluation tool to officers, regardless of their experience. For training new officers, instructors can immediately review the new officers’ actions to enhance the learning process by providing immediate feedback.

If these video recordings can be immediately uploaded where they can be viewed and compared to terrorist watch lists and various other records and files. They can be used as an invaluable tool for national security.

There are many benefits of the police dash cam. Among them, it improves the public’s confidence toward the police and it records both appropriate and inappropriate police behavior. Not only is the dash cam here to stay, but more recording devices are being implemented by Virginia police agencies. This leads us to our next topic, the body camera for police.

While dash cams continue to be used, many police departments are going one step further by implementing body camaras on the police officers. The obvious advantage a body camera has over the dash cams is it’s up close and personal, capturing the conversation, body language, and facial expressions of the exchange between the police officer and the public. 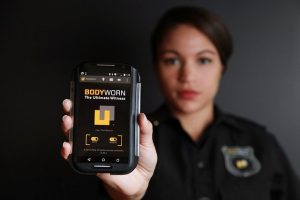 There has been two recent stories of local Virginia agencies moving forward on this. The first is a WRIC newsroom article dated September 19, 2014. The article stated the Colonial Heights Police officers will soon be equipped with body cameras. Their goal is to “generally upgrade officer safety and enhance public confidence in police operations through greater transparency”, and is scheduled to be implemented within 45-60 days. The cost is estimated to be $70,000 and will be funded with the Police Asset Seizure Fund and the current-year budget Contingency Fund. Quoting from the WRIC story,

“With recent events involving other agencies have admittedly caused us to review our own police operations and procedures, this is not a reactionary measure,” said Colonial Heights City Manager Tom Mattis. “We believe this to be an appropriately responsive decision that will enhance both officer safety and public confidence in our operation.”

The second story is from the Henrico Citizen. Dated Tuesday, Sept 23, 2014, the story by Ted Strong and Brandon Shulleeta reports that Henrico Police are rolling out body cameras for their officers to start wearing body cameras this fall.

The article states that the goal of the department is to have all 400 uniformed officers wear a camera by Jan 1, 2016. With the current cost of $800 each, that comes to a $320,000 price tag, which doesn’t include training and other ancillary items. Police Chief Douglas A. Middleton said the money would come from taken from drug dealers to pay for it.

These cameras create transparency, which most would agree is a good thing for legal and police matters. As a bail bondsman serving the greater Richmond area, I applaud police departments for implementing this new technology. It’s sure to benefit them, as well as the public.

Thanks for visiting this blog. The video below is a short summary of this article.