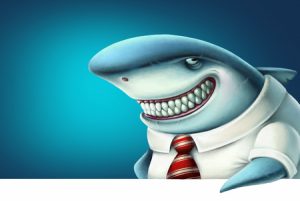 In a previous blog post, I detailed the truth about pretrial services and bail reform, from its’ history to its’ current form of punishment before trial. Defendants who go through pretrial services soon understand they are effectively placed on probation prior to being convicted. It makes a mockery of the ‘innocent until proven guilty’ principle. The article also ties pretrial services to the current trend of eliminating bail.

I thought to write a follow-up blog post focusing only the current bail reform trend of eliminating bail and explain how the entire argument is a sham being foisted upon communities.

For commercial bail, when a person is arrested, booked, and given a secured bail bond as a condition of release, usually a 10% fee, paid to a bail bondsman, is required to be released from jail. The bail reformers claim that too many defendants are trapped in pretrial jail because they can’t afford the 10% and it is everything from unfair to unconstitutional. Commercial bail, or money-bail as it’s often referred to, is the root cause and must be stopped.

Eliminating commercial bail would do nothing to solve the issue of the indigent being trapped in jail. It’s naive and foolish be believe otherwise. What it would accomplish is that defendants who are able to pay for their bond would get it paid for by the taxpayer. The taxpayer would be on the hook for all the expenses and risks associated with all released defendants.

Let me pose a couple of questions.

If the answer is ‘yes’ to question 1, please realized that that was the original stated purpose of pretrial services and they could be doing that now. It was thought to work much the same as court-appointed attorneys. If you can’t afford a lawyer, one will be appointed for you. If you can’t afford bail, a pretrial administrator would look at you to determine if you can be released. However, pretrial services punted that task and instead opted to exploit defendants by treating them as if already found guilty. Yet the anti-bail lobby is never asked why pretrial services just doesn’t do it.

If the answer is ‘no’ to question 2, understand that if commercial bail is eliminated, you, the taxpayer, will be paying for any and all pretrial releases. It is taxpayer funded bail for all. Also know that all studies show that public bail has fail-to-appear rates anywhere from 33% to 50% higher than commercial bail, so the taxpayer is forced to pay a heavy cost for an inferior product which was previously free.

Though claiming to advocate for the poor, the anti-bail lobby’s proposed solution is a direct benefit for those who are not poor. If they really wanted to get the poor out of pretrial jail, that could be done now with no reforms.

It’s difficult to not question the motives of the people and groups pushing for the elimination of bail. For example, there are currently four states (Illinois, Kentucky, Oregon, and Wisconsin) which have completely eliminated commercial bail. Each of those states have imposed a 10% fee for the bond to be released from jail. Granted, the 10% is returned once the case is closed providing the defendant shows up to court, less jail and court fees and fines, which is essentially a prepayment for the fees and fines. However, this doesn’t help the poor at all because they can’t afford the 10% to begin with.

A group called Equal Justice Under Law is going around the country suing jurisdictions to get rid of commercial bail. The point is they have no problem with the four states charging 10%. If rescuing the poor were the issue, would it matter who was collecting the 10%?

It’s easy to spot the charlatans who are exploiting the poor to further their own agenda when the actual facts are known. While there are many, Equal Justice Under Law is near the top of the list of these frauds, perhaps only to be outdone by the pretrial services lobby.

Unfortunately, the media isn’t much help in disseminating the truth about this issue. A case in point is a recent online NBC article by Jon Schuppe, which speaks to the current momentum of the bail reform movement and contains no critical analysis of the issue whatsoever. It’s basically a regurgitation of the anti-commercial-bail talking points.

On the other hand, for a full, detailed, and thought-provoking argument about Bail Reform, please read the “Bail Reform – Is there another side to the argument?” by Illinois Fifth Judicial Circuit Chief Judge Craig DeArmond. It contains a thoughtful analysis of the issue with plenty of footnotes to back it all up.