The governor issued a press release (Governor McAuliffe Announces Further Reduction on Inmate Phone Calls Rates) in late December announcing the new contract. The state of Virginia has apparently negotiated another contract with the exploitively shameful company Global TEL*Link (GTL). In doing so, Governor McCalliffe continues to perform a shakedown on the families of Virginia inmates. 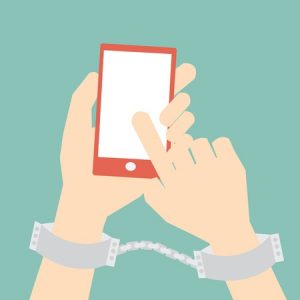 In the press release, the boast was made that the average inmate phone call is being reduced to $0.69 from $1.48, and that the offenders will now pay about $0.04 per minute. Note that the while the article states the average phone call cost is reduced, it doesn’t say phone rates are reduced. Also, it certainly doesn’t mention the additional fees GTL charges for the calls, which are obscene. The deception here is that it implies the rates are reduced based on average cost per call, but the average cost per call can be reduced without reducing the cost per minute. For example, GTL can simply drop the call after a certain amount of time. This way, the cost of that call will be lower, and it will force the inmate to make another call. So the inmate may have to may three calls which cost a total of $2.40, but it goes accounted for as 3 calls for only $0.80 per call. Also, the cost of the call is dramatically more when the fees are added. The other deception in the press release is the assertion that the offenders will pay for the call. Most often, the families and other loved ones will be paying for this, not the offenders.

This specific instance of the monetary exploitation of inmates and their families are detailed in my book, You Arrested Me for What?. While I have no issue of having the inmates and their families pay for their phone calls, I do take issue with the gratuitous gouging on these same people. The non-profit organization called Prison Policy Initiative has performed extensive research and produced a detail report detailing this practice.

This exploitive practice should be stopped, but the governor’s actions show that the political class in our state has no intention of curtailing it.