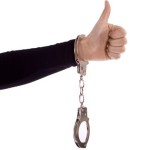 The King William robberies were done by several individuals, and were then connected to four home invasions in Henrico. The Henrico incidents began in September, and took place in the areas from the Glen Lea are to the Nine Mile Road and off state Route 5 near Osborne Turnpike.

The relationship among the 10 men arrested from Henrico, King William and Richmond remained uncertain Thursday, but Henrico detectives K. L. Johnson and C.D. Henry said the arrests stopped violent home break-ins that typically occurred while residents were sleeping and in some cases where children lived.

Henrico Police Lt. Linda Toney said the break-ins were not completely random, but did not elaborate to that point. The investigation is ongoing and additional charges may result.

Authorities indicated some of the stolen merchandise, which included equipment, jewelry and guns, were sold on the street and are not able to be recovered nor given an estimate of.

The grand juries have issued over 110 individual charges in the Henrico cases, and dozens more in King William.

Kayshawn S. Lee of Richmond was the first to be identified as a suspect in King William county. He’s currently facing charges in King William General District Court, and the other defendants are being arraigned next week.