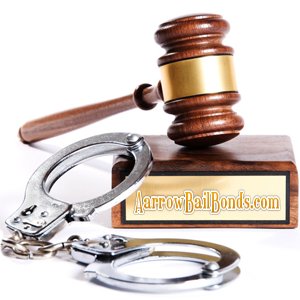 As with all professions in the United States, there are certain rules we all live by. As a bail bondsmen in Virginia, we must abide by the state statutes prescribed by these Virginia bail bond laws.

Virginia bail laws, like any other laws in the Commonwealth, must be adhered to stringently if we are to keep the cost of bail within reach of our clients. Aarrow Bail Bonds ensures that all clients have the right to respect and privacy. We will always follow these Virginia bail bond laws.

As used in this article, unless the context requires a different meaning:

“Board” means the Criminal Justice Services Board.

This article shall not apply to a person who does not receive profit or consideration for his services. (2004, c. 460.)

The Board shall have full regulatory authority and oversight of property and surety bail bondsmen.

The Board shall adopt regulations that are necessary to ensure respectable, responsible, safe and effective bail bonding within the Commonwealth. The Board’s regulations shall include but not be limited to regulations that (i) establish the qualifications of applicants for licensure and renewal under this article; (ii) examine, or cause to be examined, the qualifications of each applicant for licensure, including when necessary the preparation, administration, and grading of examinations; (iii) levy and collect nonrefundable fees for licensure and renewal that are sufficient to cover all expenses for administration and operation of a program of licensure; (iv) ensure continued competency and prevent deceptive or misleading practices by practitioners; (v) administer the regulatory system; (vi) provide for receipt of complaints concerning the conduct of any person whose activities are regulated by the Board; (vii) provide for investigations and appropriate disciplinary action if warranted; (viii) establish standards for professional conduct, solicitation, collateral received in the course of business, firearms training and usage, uniforms and identification, documentation and record-keeping requirements, reporting requirements, and methods of capture for the recovery of bailees; and (ix) allow the Board to suspend, revoke or refuse to issue, reissue or renew a license for just cause. The Board shall not adopt compulsory, minimum, firearms training standards in excess of 24 hours per year for bail bondsmen. In adopting its regulations, the Board shall seek the advice of the Private Security Services Advisory Board established pursuant to § 9.1-143. (2004, c. 460.)

A. In addition to the powers otherwise conferred upon it by law, the Department may (i) charge each applicant for licensure a nonrefundable fee as established by the Board to cover the costs of processing an application for licensure, enforcement of the regulations, and other costs associated with the maintenance of the program of regulation; (ii) charge nonrefundable fees for training, processing school certifications and enforcement of training standards; (iii) conduct investigations to determine the suitability of applicants for licensure; and (iv) conduct investigations to determine if any disciplinary actions against a licensed bondsman are warranted. For purposes of determining eligibility for licensure, the Department shall require the applicant to provide personal descriptive information to be forwarded, along with the applicant’s fingerprints, to the Central Criminal Records Exchange for the purpose of conducting a Virginia criminal history records search. The Central Criminal Records Exchange shall forward the fingerprints and personal description to the Federal Bureau of Investigation for the purpose of obtaining a national criminal record check.

B. The Director or his designee may make an ex parte application to the circuit court for the city or county wherein evidence sought is kept or wherein a licensee does business for the issuance of a subpoena duces tecum in furtherance of the investigation of a sworn complaint within the jurisdiction of the Department or the Board to request production of any relevant records, documents and physical or other evidence of any person, partnership, association or corporation licensed or regulated by the Department pursuant to this article. The court may issue and compel compliance with such a subpoena upon a showing of reasonable cause. Upon determining that reasonable cause exists to believe that evidence may be destroyed or altered, the court may issue a subpoena duces tecum requiring the immediate production of evidence. Costs of the investigation and adjudication of violations of this article or Board regulations may be recovered. All costs recovered shall be deposited into the state treasury to the credit of the Bail Bondsman Regulatory Fund. Such proceedings shall be brought in the name of the Commonwealth by the Department in the circuit court of the city or county in which the unlawful act occurred or in which the defendant resides. The Director, or agents appointed by him, shall have the authority to administer oaths or affirmations for the purpose of receiving complaints and conducting investigations of violations of this article, or any regulation promulgated hereunder and to serve process issued by the Department or the Board. (2004, c. 460.)

B. The following persons are not eligible for licensure as bail bondsmen and may not be employed nor serve as the agent of a bail bondsman:

A. Any violations of the restrictions or standards under this statute shall be grounds for placing on probation, refusal to issue or renew, sanctioning, suspension or revocation of the bail bondsman’s license. A licensed bail bondsman is responsible for ensuring that his employees, partners and individuals contracted to perform services for or on behalf of the bonding business comply with all of these provisions, and do not violate any of the restrictions that apply to bail bondsmen. Violations by a bondsman’s employee, partner, or agent may be grounds for disciplinary action against the bondsman, including probation, suspension or revocation of license.

C. A licensed bail bondsman shall ensure that each recognizance on all bonds for which he signs shall contain the name and contact information for both the surety agent and the registered agent of the issuing company.

E. A property bail bondsman shall not enter into any bond if the aggregate of the penalty of such bond and all other bonds, on which he has not been released from liability, is in excess of four times the true market value of the equity in his real estate, cash or certificates of deposit issued by a federally insured institution, or any combination thereof.

F. A property bail bondsman or his agent shall not refuse to cover any forfeiture of bond against him or refuse to pay such forfeiture after notice and final order of the court.

G. A surety bail bondsman shall not write bail bonds on any qualifying power of attorney for which a copy has not been filed with the Department.

H. A surety bail bondsman shall not violate any of the statutes or regulations that govern insurance agents.