Trends come and go, and what has always been trendy is sticking up for the less fortunate. That’s generally a good thing; help the poor and downtrodden. However, there have always been charlatans and frauds who pretend to be the selfless benefactor while, in fact, profiting towards their own selfish agenda and causing harm to the those they claim to be helping. There is currently such a deceitful trend in the criminal justice system. There are many calling for bail reform, claiming that commercial bail is the cause of lower-income people being needlessly incarcerated. They pat themselves on the back, claiming this will give the poor the same opportunity to get out of jail on bail as those with resources. It is simply a lie. While some of these people may have good intentions and are just naive, make no mistake that the leaders of this movement know exactly what they’re doing and are corrupt phonies. 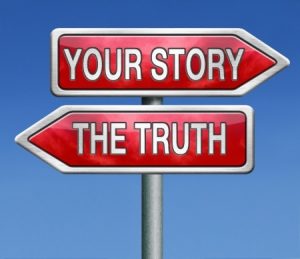 An example of this deceitful trend is the May 16, 2016 article by Ryan Cooper, titled, “The grotesque criminalization of poverty in America”, on theweek.com. The main point of the article is that many arrested are stuck in jail while awaiting trial because they don’t have the money to post bond and this wouldn’t happen if commercial bail weren’t around. In the entire article, the only credible point Cooper made was being stuck in a jail is horrible. The rest of the article to total garbage.

Getting to the point of the article, Cooper lays out his case using charts and graphs from the Prison Policy Initiative. In summary, there are a significant number of inmates who don’t have the money to post bail, so they have to stay incarcerated while awaiting trial. No one disputes this. However, what Cooper, the Prison Policy Initiative, the ACLU, Senator Ted Lieu, the Pretrial Justice Institute, the NAACP, and many other groups too numerous to list are doing are not solving the problem, but making it worse for the poor. They refuse to address the real causes and instead pursue an agenda of exploiting the poor and worsening the criminal justice system, all while telling themselves how wonderful they are.

There are three glaring naked truths which make it clear that want they’re advancing is, at best, fraudulent.

Pretrial Services was Created to get the Poor Out on Bail

The first truth is that Pretrial Services was created to solve the problem they’re wailing about. In the early 1960s, there were studies, such as the Manhattan Bail Project, which concluded that many inmates who were unable to post bail on minor charges and were not a flight risk had to await trial in jail. Getting the no-flight-risk, indigent out on bail was the impetus for Pretrial Services.

The Implemented Pretrial Services Programs are Corrupt and Exploit the Poor

The third truth is when commercial bail is removed, defendants are still required to pay the bail money, except it goes to the local government (at least temporarily) not the bail bondsman. There are currently four no-bail states: Oregon, Kentucky, Illinois, and Wisconsin. In these four states, when arrested and given a bond, defendants are still required to pay the 10% bail premium plus fees to post bond. The difference is, once their case is closed and if they pay all of their jail and court fees and fines, the 10% (less fees) is reimbursed. So, what is really happening is the defendants are being required to pay some of the jail and court fees up front. And how does this help the poor and indigent? It doesn’t, they’re still stuck in jail because they can’t pay the 10% in the first place.

Once these three truths are understood by the reader, much of Cooper’s points become gratuitous and unnecessary. But more specifically, there are claims in this article which are pure deception. A case in point is the following:

The first absurdity of the statement is the assertion that counties in the South (or anywhere else) get bail money for arresting someone. When a bail bondsman is used to secure freedom for the defendant, the bondsman is paid the premium, not the cash-strapped-southern-racist county. Not only does this sentence make no sense, but the sources Cooper used are wanting to say the least. Seemingly to inject race in to the argument, Cooper’s source is a solitary black guy telling his story of being stopped in Georgia. Cooper somehow concluded that the motivation of the racist police is to get bail money, even when they don’t get any of the money.

The bigger reality which contradicts Cooper’s illogic is that if commercial bail is gone, the cash-strapped-southern-racist counties will collect more money from defendants. If the cash-strapped-southern-racist counties get a bigger financial benefit for arresting “out-of-state black people”, they may want to do more of it. Putting aside Cooper’s race-baiting, defendants currently may have to pay jail fees, fines, restitution, and court fees. Who believes it’s a good idea to have the local governments get the bail money as well. Wouldn’t that foster a financial motive to make more arrests?

Cooper’s final paragraph in the article deserves some disinfectant. To quote,

First of all, it’s very rare that an accused murderer gets bail. I know it happens a lot on ‘Law and Order’, but at least in Virginia, I can’t recall any occurrence of it. So in the context of the article being about bail, it simply doesn’t belong here. Secondly, people aren’t arrested for being drug addicts, and since Cooper didn’t specify what the charge was, let’s assume it’s a drug possession charge. His allegation that accused murderers deserve the same consideration (assumed constitutional treatment) as drug addicts (assumed drug possession- ugh) is nonsensical. Both would get their constitutional treatment, but the process and “treatment” would differ, simply because of the charge. Someone accused of murder will likely not get bail while someone with a drug possession may. An accused murderer is a much more potential threat to society then a drug user. There are other factors which determine bail as well. Finally, Cooper specified the demographic of the drug addict (daughter of middle-class parents), but not the accused murderer. I can’t think of any rational reason to do that, other than insert class warfare in to this.

I’ve never heard of Ryan Cooper, nor of thisweek.com. Judging from this article, it’s clear Cooper is not a serious journalist, displaying no intellectual honesty or curiosity. Nothing was fact-checked, the arguments weren’t even rational, and with doses of race-baiting and class warfare, one would have to question the motives for writing such a pathetic piece of tripe. If this deception and pandering to the lowest common denominator is the kind of product Ryan Cooper and thisweek.com peddle, I’ll likely never likely hear of either of them again.

Getting back to the bail reform topic, I’ll conclude this with the following assertions.