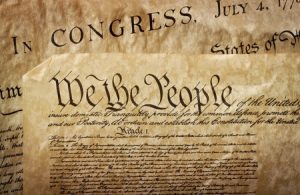 On June 22, 2016, former U.S. Solicitor General Paul D. Clement filed an amicus brief defending the Eight Amendment’s Constitutional Right to Bail with the United States Court of Appeals for the 11th Circuit Court. This was filed on behalf of the American Bail Coalition, the Georgia Association of Professional Bondsmen, and the Georgia Sheriffs’ Association.

This was in response to lawsuits from the Equal Justice Under Law foundation suing cities throughout the country with the objective to end monetary bail. There is currently a “bail is unconstitutional” trend going on throughout the country. The news stories of this are all similar: a poor person is arrested and cannot afford the bail to be released while awaiting trial. They juxtapose this with how a “rich” person can easily afford bail, it’s not fair, and therefore it’s unconstitutional. While this may be a myopic and false narrative of what is actually happening, that is their story and this brief seems to be a good answer to their questionable actions.

In the brief, the former Solicitor General Paul D. Clement asserts monetary bail is plainly constitutional with the following:

He then puts forth an argument beginning with historical and traditional significance of how bail and bondsmen, or sureties, have been an integral part of criminal justice in America. Clement explained that historically

Clement’s next argument is why monetary bail is the most effective and efficient way to balance the interests of the defendants and communities. He explains the detrimental effects on communities should commercial sureties be banned. Among them are high failure-to-appear rates which have a downward, spiraling effect for the community in terms of both cost and safety. Numerous studies are referenced backing up the argument that commercial bail is far and away more beneficial for the community and the arrested. The contrary argument attacking bail

I want to say ‘Thank You’ to the the American Bail Coalition, the Georgia Association of Professional Bondsmen, and the Georgia Sheriffs’ Association. Thank you for taking up the fight for the rest of us by hiring former U.S. Solicitor General Paul D. Clement to do this excellent work. While many may be largely unaware of this, it is a vital issue facing our country and the outcome will be far-reaching, impacting all segments of society.