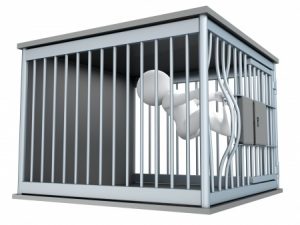 “Jail: It’s Not Just for Criminals Anymore” is not just a empty tagline. It’s unfortunately an accurate description of what our justice system has become.

As a bondsman, I see first hand how our laws and criminal justice system affects people. Our laws have become punitive. They ensnare law-abiding citizens in our courts system who are not criminals at all. I estimate probably at least 80 percent of the people I bond out are not what anyone would consider a criminal.

For example, a 20-year-old male went to a party and drank too much. He was walking home and essentially passed out on the sidewalk. A police officer came upon him, woke him up, and arrested him. As a result, he was charged with drinking under age and spent the night in jail.

Anyone over 45 years of age would likely tell you that if this were to of happened in their youth, the cop would have told him or her to go home and sleep it off. That would have been the end of it.

This exemplifies that our laws continue have become punitive and oppressive. Consequently, the negative effects of this fall largely on the poor and minorities. A fine of even a relatively small amount can have devastating results to the poor and working-poor.

Our legislators do nothing to reverse this course. There is no shortage of self-aggrandizing politicians speaking out on different topics, such as racism, climate change, and police brutality, to display how compassionate they are. However, they are silent on the topic of repealing bad laws which would profoundly benefit the poor and minorities.

On a high level, there are a few common criminal justice principles which most can agree. They include: (1) jail should be for criminals, (2) once arrested, defendants should be considered innocent until proven guilty, and (3) after those who have been found guilty of a crime and paid their debt to society, they should be allowed to continue to live their lives and put it behind them.

However, our criminal justice system operates in violation of each of these principles. A forthcoming series, titled “Jail: It’s Not Just for Criminals Anymore”, will explore each of these topics in greater detail in hopes of shedding some light on this issue.