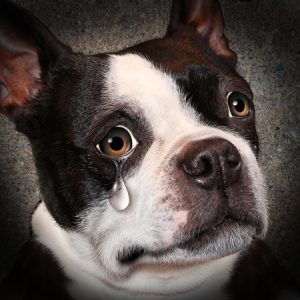 In a story by Ben Orcutt, a Chesterfield Virginia crime of animal cruelty was reported in the 12-3-2014 edition of the Chesterfield Observer.

A Chesterfield County woman, Meda A. Williams, 34, is free on personal recognizance while awaiting trial for animal cruelty. As of this writing, the next court date is an adjudicatory hearing on December 11, 2014 in Chesterfield’s General District Court. The warrants stated Ms. Williams “deprived an animal of necessary food, drink, shelter or emergency veterinary treatment, or cause such deprivation.”

In early November of 2014, a neighbor noticed a metal crate containing two puppies, one of which was dead, in the back yard Ms. Williams, which is located in the Chestnut Hills subdivision off of courthouse road. The neighbor called animal control, who apparently called the police. The animals, one dead puppy, one adult dog, and another puppy, were removed from the property. The charges were filed on November 3, 2014. Quoting from the article,

“Animal Control officers were called to a residence to check the welfare of three dogs [and] one of the dogs was deceased,” said Elizabeth Caroon, public information coordinator for the Chesterfield County Police Department. “Animal Control officers seized the animals, which appeared to have been neglected. The deceased dog was a boxer-mix puppy. The two other dogs were a pit mix and a boxer mix. We received a call for service to check on the dogs. The cause of death for the deceased dog is still under investigation.”

Ms. Williams faces three animal cruelty charges for this arrest. All of these charges fall under Virginia code 3.2-6570, Cruelty to animals. The first charge is ‘Torture animal causing death’, which is a Class 6 felony. If found guilty of this charge, the imprisonment for a time of one to five years, one year in jail (not prison), and/or fines up to $2500.

The judge hearing the case is General District Court Judge Thomas L. Vaughn, and Ms. Williams declined the court appointed attorney and has retained her own.