Maryland Attorney General Frosh was both contradictory and dishonest regarding the costs of implementing his proposal. At about four minutes into the interview, the deception starts when describing jurisdictions which have adopted public pretrial solutions, he stated:

Then a little later in the interview when discussing what the general assembly could do if they don’t want to be ignored to help:

“they could direct each local jurisdiction… to create a pretrial system …So our general assembly could set up that kind of county-based system and the state could help the counties with the money if they wanted to. 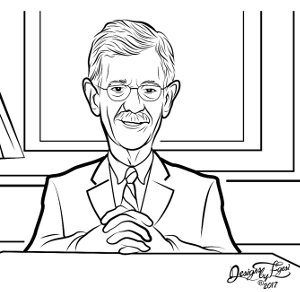 That sounds like an unfunded mandate, and he was much closer to the truth the second time. If adopting these procedures save money, as he said in the first soundbite, then why would localities need help funding it?

Much of what he proposed was done in New Jersey and it look like it was a disaster on all levels. The New Jersey Bail Reform/Speedy Trial Act of 2014 went into effect in January of 2017. Some of the issues which arose were:

The New Jersey voters voted themselves to pay an enormous cost for an inferior service and product. Attorney General Frosh replicated it without the consent of the Maryland citizens.

The Judiciary did vote in Frosh’s proposals. It continues to prove costly to the Maryland taxpayers while producing inferior results for court systems, citizens, and defendants. It has done little to help the poor, but rather force all Maryland citizens to pay the bail for those who have the means to pay it.

As stated previously, I don’t know Maryland politics. If not for this issues, I never would would have heard of Brian Frosh. I now know he was previously a state senator. He may be held in high regard within Maryland political circles. Regarding bail reform, he’s a snake-oil salesman. He’s told the citizens of Maryland it will fix their ills, but it’s nothing but piss and vinegar. He was not being honest on this issue and his proposals should have been dismissed.