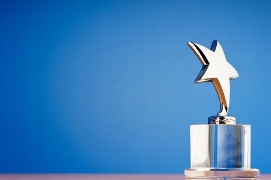 It’s apparent the bail bond industry is not known for it’s savvy marketing.

Some time ago, I attempted to gather the best and worst bail bond commercials / videos.

To put it mildy, it’s gotten worse. Very few bail bond videos are worthy of posting. I found four, and one of them happens to be mine. Also, I’m no longer ranking them. Also, I not posting the worst bail bond videos because I found most all of them are really, really bad.

With that stated, below is what I came up with.

There are a couple reasons why this video stood out to me within the bail bond genre. First, the video and audio quality is professionally done.

This commercial is obviously a knockoff off from the famous scene in the Goodfellas movie, and was done reasonably well. The other reason is I almost named my company “Buda Bing Bail Bonds”, so I have a bit of a soft spot for these guys. ( My family and SEO-guy talked me out of it. )

A very cute and clever ad. It put a little smile on my face. What else can I say?

It’s obvious this is an amateur video. It also appears they put three fifteen-second videos to make one. With that stated, there is one thing that did it for me in this video, and that’s the Red Foxx / Fred Sanford imitation. When he throws out the “You Big Dummy….” line, that busted me up. He really nailed it; and the swinging his fists before he got arrested is a nice touch. This video should crack up anyone over 45 or 50, but it may likely be lost on young adults and the middle-aged.

This two minute, thirty-three second video was create by the B.S. of A. comedy group. It juxtaposes my company with a really bad fictitious bail bond company.