The current status section describes a brief history of pretrial services, it’s implementation throughout the state, funding, and what it is doing. 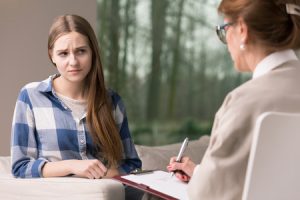 For the past several years, Virginia has been a leader in the development of risk assessment implementation. The Virginia Pretrial Risk Assessment Instrument (VPRAI) has been copied in many jurisdictions across the country.

In 2017, Virginia implemented the VPRAI-R (Virginia Pretrial Risk Assessment Instrument – Revised) along with a supervision tool called Praxis. VPRAI-R weighs responses to questions which generate a risk level score. Praxis is a tool which takes that VPRAI-R risk score, along with the current charge(s), and determines a supervision level.

The assessment of the defendant is based on common factors which are predictive of failure to appears in court or threats to the community. These factors are largely intuitive. Examples include current charges, criminal history, number of failure to appears, etc. VPRAI-R recently modified some of these factors, which, as a bondsman, I found some to be curious. The modifications of note are:

There are other considerations to risk assessments which are often overlooked, such as:

While these risk assessment implementations are often lauded as bringing tremendous improvements to pretrial criminal justice, the results warrant a healthy skepticism. Their supporters continually crow how these tools improve their record in terms of their placements showing up to court or committing crimes during pretrial release. But what are they comparing it to?

At least for pretrial services in Virginia, it is extremely difficult to get any real results or data showing these programs deliver on these claims. As this study clearly shows, pretrial services has no inclination to divulge any substantive data. If that remains the case, then perhaps it’s all just a waste of resources and taxpayer money.