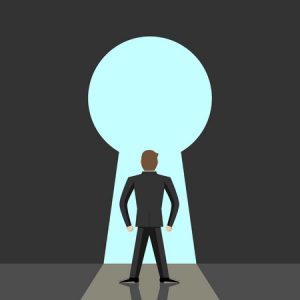 This section is interesting and insightful, as it attempts to answer some of the questions posed to pretrial services by the crime commission.

Statewide, the number of investigations performed on defendants has decreased while placements received have increased. There were 26,875 placements in fiscal year 2017, as compared to 25,632 and 22,233 for fiscal years 2016 and 2015, respectively. Hence, judges and magistrates are placing more defendants in pretrial services without the benefit of the risk assessment investigation. Should this trend continue, the obvious question is if VPRAI-R is not going to be used, why keep it?

Regarding the indigent, the presentation stated that pretrial agencies do not track whether a defendant has been determined to be indigent. This statement is a bit of a paradox since the original stated purpose for the creation pretrial services was to service the indigent defendants who were stuck in jail due to their inability to pay the bond.

The impetus for pretrial services began in the early 1960s with the Manhattan Bail Project. It found that (1) many defendants remained in jail because they couldn’t afford the bond, and (2) local people with strong community ties were unlikely to skip bond. However, when pretrial services agencies started popping up in jurisdictions throughout the country in the late 1960s and 1970s, they were immediately assigned the duties of producing reports for the courts and supervising defendants, i.e. pretrial probation. In reality, pretrial services has never been about helping the poor.

The main argument against private bail from the anti-bail lobby is the poor should not have to sit in jail awaiting trial because they can’t afford to pay the 10% bond fee. Their solution is to eliminate private bail and have the government process defendants. This, they claim, will reduce the jail population and end up saving the localities money.

According to their own study, this isn’t happening. For the question of “how the presence of pretrial services programs impacted jail populations”, the answer is, “… the total pretrial population has gradually increased”.

Other statements in the presentation related to their impact on jail populations include:

It is abundantly clear that pretrial services has not delivered on the reducing-jail-population claim.

Success in Ensuring Public Safety and Appearance at Trial

Pretrial services completely balked at this section. Their answers are made up of complete untruths and deflections. For example, their first statement,

is absolutely, unconditionally not true. DCJS does NOT track appearance rates. That is false.

The next “answer” is even more pathetic. For the question, “Are pretrial services agencies successful in ensuring public safety and appearance at trial?”, their response was:

“The definitions of these terms are limited, because success is based specifically on the defendant reaching final disposition without any of the following events occurring:

These limited definitions fail to provide a complete picture of the statewide success rates of pretrial services.”

This last statement is quite audacious since it is so absurd. One aspect of success is whether defendants showing up to court, and there is nothing limiting about it.

DCJS requires each pretrial agency to develop policies/procedures for defendants, from their initial appearance through adjudication. If pretrial agencies don’t maintain that information, that would mean they are in violation of their statute. The other assumption would be they are obfuscating. If the numbers were favorable to pretrial services, they would be providing the answers and the data. But since they’re not, the smokescreens come out.